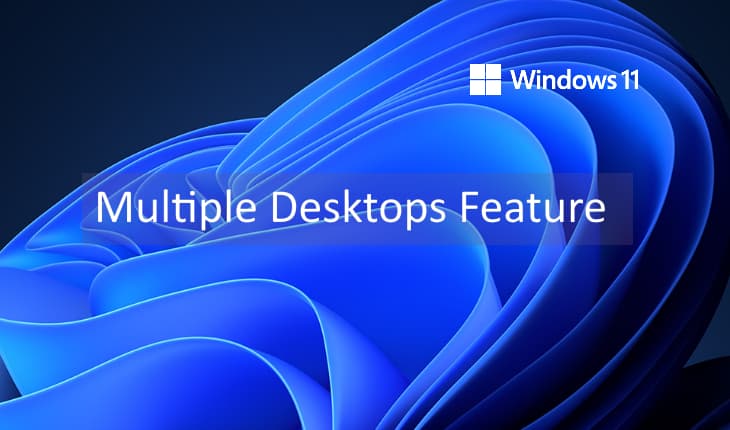 I just want to give a quick shout-out to the Windows 11 Multiple Desktop (sometimes called virtual desktops) feature.

Multiple Desktops feature provides the ability to create and access multiple separate desktops within your computer , allowing the user to group application sessions into different places having, for example, a work-related desktop and entertainment on the other, and ultimately making it easier for you to focus. You can create different categories as you need and have them on any number of virtual desktops.

First let me make clear that these are not virtual machines, where the entire OS is running separately for each instance.

Secondly, although originally introduced in Windows 10, the implementation in Windows 11 is much better – and I am sure it will get even better over time…

Seriously speaking: I have found it super helpful and it is becoming one of those essential pieces in my workflows.

Like most of us we have multiple “personalities” and perform related personality-based tasks. For me they include:

For each of them, I have created a different virtual desktop in which I group the specific apps browser tabs and anything else I am using for that session — Pretty cool!

[ Side note: I also have a virtual desktop, when the only thing is open is a remote session to a cloud virtual machine where I do some test work and dev work — Pretty cool! ]

In the past I was using different browser specific browser profiles for each along with TABS – where I kept my research, web apps, and such separately, but virtual desktops is a step-up in the process, allowing me to have open apps, customize the backgrounds, and quickly switch between them and be fully immersed in that “mode” until it is time to switch again.

Good example just happened: I was creating this blog post and a call came in from work – I quickly switch desktops to my Work virtual desktops where I had the app I needed for that call. – Literally 2 seconds – many minutes saved!

Some things I love:

Things I am not sure the fully work or not

(not sure if Microsoft is planning for this one yet or not.)

Check out this not so new, but MUCH improved feature in Windows 11 for sure.