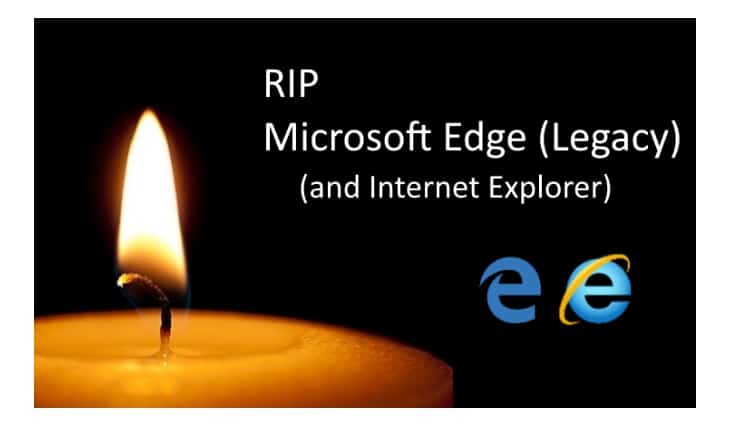 On February 10, 2021, Microsoft reminded everyone that Microsoft Edge Legacy web browser (UWP-based) present on Windows 10 will end on March 9, 2021 (as expected) but it added that it will be automatically removed from your system with the April 13, 2021 Update Tuesday patch.

The new standard, released back in January 2020, is Microsoft Edge is based on Chromium.

What was Microsoft Edge Legacy?

Microsoft Edge Legacy was the old or classic version of Microsoft Edge browser which came preinstalled or bundled with Windows 10 operating system when first version of Windows 10 was released. It was basically an UWP based app (also known as metro, modern or store app) which was codenamed as “Spartan”. It featured the new Chakra and EdgeHTML web rendering engines . (Internet Explorer used the Trident (also known as MSHTML) proprietary engine.

What about Internet Explorer?

Microsoft announced it is ending support of the 25-year-old Microsoft Internet Explorer web browser on August 17, 2021.

In addition Microsoft explained that all remaining Microsoft 365 apps and services will no longer support IE 11 starting August 17, 2021.

What does this mean?

There are no options. You must be able to support your applications with the new Microsoft Edge (Chromium-based).