Software as a Service – Are ISV’s ready? 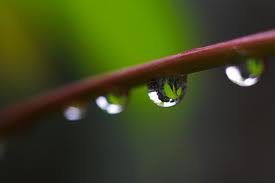 Most people I talk to want to implement Application Virtualization to improve internal operations. Refreshingly, the conversation has been shifting over the past few weeks to what application virtualization was originally intended to address: Software as a Service and, in particular, how independent software vendors can take advantage of this technology.

In order to begin the discussion, let’s consider two example software companies that would like to address different challenges:

The idea of delivering applications to the desktop with minimal or no disruption to the client has been a long-term goal of many. There are immediate benefits:

An approach often taken is the use of Terminal Services like Microsoft’s native Terminal Services or Citrix. However, these systems are expensive to build and complex to manage. Essentially you are creating or replicating a client environment for each of your customers on a server-based back-end, and the larger the demand for your application, the larger the back-end infrastructure needs to be. OS licensing, hardware, hosting, bandwidth and management costs begin to rise linearly as demand increases for the service. This model is a time drain and a money pit that will never get better.

Another approach taken by many software vendors is to offer alternative versions of their Win32 applications on web-based platforms. In recent chats with product managers, they tell me this “forking” of the source creates many challenges for their internal development efforts as they have to maintain and synchronize separate teams, not to mention the confusing product line perceived by their customers. Some companies have moved completely to web-based offerings, but in terms of covering every customer’s needs, this is no panacea either.

Simply put: there has not been a viable alternative until very recently.

In the past few years, application virtualization has been coming of age. Essentially it is a method to deliver rich applications (Win32) to any desktop without modification or disruption of the baseline operating system. A number of companies are pioneering in this space, and products like Thinstall, Altaris SVS, Microsoft SoftGrid and others are making it possible to efficiently and securely deliver applications to your users’ desktops, without modifying or relying on their environmental settings or worrying about pre-existing applications or conflicts therein.

Startups, ISVs, and others are starting to emerge in the SaaS (Software as a Service) space using Application Virtualization. Recent articles bear this out, and I’ll quote a couple here:

There are a lot of startups getting into this space,” said Andi Mann, an analyst with Boulder, Colo.-based research firm Enterprise Management Associates. “It crosses over into a number of areas that are of growing importance to businesses, like security, compliance and mobile workers.

As Google Inc. and SAAS pioneer Salesforce.com Inc. continue to be financial successes, other companies begin sending out software that has traditionally been sold in packages to customers over the Web. Microsoft may soon be joining the fray, and in fact is steadily building out its Web-based service business

Large technology players likely to make acquisitions to get into application streaming include IBM Corp. and Hewlett-Packard Co., although they could also opt to develop the software internally, while CA Inc. and BMC Software Inc. also could have interest in offering the service to their customers, Mann said.

Someone showed me yesterday that Intuit’s QuickBooks is being offered in a Software as a Service model at: www.qbes.com. They are delivering the full version of QuickBooks over the Internet using Citrix’s new application virtualization software. This is not the typical Citrix Terminal Services model, but TOTALLY Application Virtualization / SaaS – a seemingly bright departure from their former business, and a clear indicator of market forces..

That the market is shifting and demanding this technology is good news for all of us.

All is not rosy though: There are some challenges surrounding this promising technology. With application installation all but removed from the equation, how will this impact software licensing? It seems clear that old models will need to adapt and change. This is the subject of an entirely different article, but suffice it to say that per-processor software licensing gets substantially harder to do in virtualized environments.

Once the licensing question is resolved the larger encircling question of charging for the application and securing it digitally to prevent piracy arises. How will users feel about paying for an application on a per-usage basis? It would seem that the industry is leaning this way. There are many lessons and cautionary tales to be learned from the Music Industry’s attempts to control electronic distribution of their goods. Will the Software Industry be able to learn from their missteps and develop a workable model, or will it make the same mistakes and drag us all into a morass of confusion?

These are all important questions, and ones I’ll be examining in future articles. It is important to note, however, that despite these challenges the benefits and the momentum of Software as a Service are great, and software delivered via this method will be coming soon to a desktop near you. This is a good thing, and one day, we’ll look back and wonder how we ever lived without it.