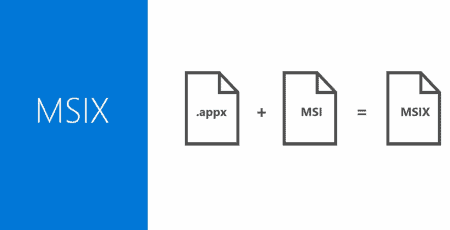 Lots of change in the EUC space these days! —

The reason for this blog is a specific question I received :

Customer is looking for application modernization services.  They would like their .exe apps converted to be able to work in the Windows Store for Business as a part of their AutoPilot/Intune project.

Short answer to the question:

Today, exe’s installations cannot be easily deployed out of the Windows Store for Business.

They can however be deployed out of Intune without many changes.  It is always best to package them to MSI.

There is a Microsoft tool  called Desktop Bridge that allows the “conversion” and distribution of Win32 desktop app into Universal Platform (UWP) with some limitation.

As an aside – Autopilot is only the registration of the device into the Autopilot Dashboard.  When the Windows OS does is first boot out of the factory, the first thing it does is to look up the device’s unique “serial number” (hash) in the dashboard, and if it finds it, then it enrolls the device into the MDM systems (Intune)   and then starts to execute whatever you have defined in Intune as part of the process (aka Profile)   Intune is in control after that.

As organizations adopt new technologies and processes ( Windows 10 , Windows as a Service,  Modern Provisioning and such)  application delivery and management becomes a critical topic of conversation in order to fully move into the modern device management state.

The traditional (aka old way) of managing applications  was to deploy them via .exe or .msi   targeted to devices.    The challenges with this approach included:

In the new world (moving forward)  there is a different mind-set where applications:

In the Microsoft / Windows world  this needs a new packaging method/technology that support “legacy” apps as well as new apps.

Microsoft introduced (preview was announced in May 2018) a new format called .MSIX  which is in the process of being rolling out.  It is a form of “virtualization”  called containers.

MSIX is a containerized packaging format where the application is separated from the underlying Operating System. It will always be kept inside its container. The OS integrated client will manage deployment, configuration and execution. If needed, every container can be configured individually, and Windows will keep track of all the contents and integrations.

This leads to a nice feature set:

Starting with Windows 10 1809 MSIX will  replace AppX as Package-Format completely. But it’s not just replacing the File-Extension. MSIX will drastically extend the usage and configuration options while reducing known limitations. Ultimate target for MSIX is to provide a common package standard for UWP and Windows applications

The MSIX packaging tools are still  young and improving on a weekly bases.  Microsoft has modified some of their packaging tools but they have stated new ones are coming.

(If you do not mind me saying this:   the Apple iTunes / AppStore  way)

It will take some time for enterprise organizations to fully adopt MSIX in the market.  Microsoft will be making it the standard with the next release of Windows 10 (v1809)

The conversation is out there!