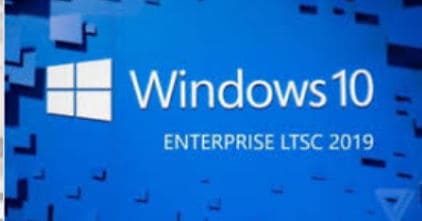 UPDATE February 2021: Microsoft announced that the next version of Windows 10 Enterprise LTSC will be released in the second half of this calendar year (2H21) and will carry a 5-year support lifecycle, instead of the 10-year lifecycle supported with previous version.      Full Microsoft announcement post here.

Now that Windows 7 is less than a year ( 250 working days and counting!) away from officially end of life, we have many organizations that are not prepared to deal with the constant cycle of updates Windows 10 brings and are looking into different alternatives.   The challenges on the last released update to Windows 10, v1809, did not help these late / cautious adopter organizations that the new Windows as a Service cycle is better that the previous approach.

Some of the paths they are looking include:

Lately we have received many inquiries asking if organizations should choose LTSC as their base OS for all production devices.      This is our point of view on this matter:

This is a bad idea and should only be reserved for very specific use cases.

Let us explain why:

LTSC is similar to Microsoft’s update model for Windows 7, with major operating system feature updates arriving approximately every three years. It has a five-year “mainstream support” phase followed by a five-year “extended support” phase, so it’s what organizations are used to, and it’s what they typically want.

Each release contains all the new capabilities and support included in the Windows 10 features updates that have been released since the previous LTSC release.

There are several key reasons LTSC model would be a bad approach for organizations to deploy across the organization and specially to their knowledge workers.

Some of the key reasons include:

The LTSC is designed for devices and use cases where features and functionality will not change. It provides 10 years of security servicing to a static Windows 10 feature set.