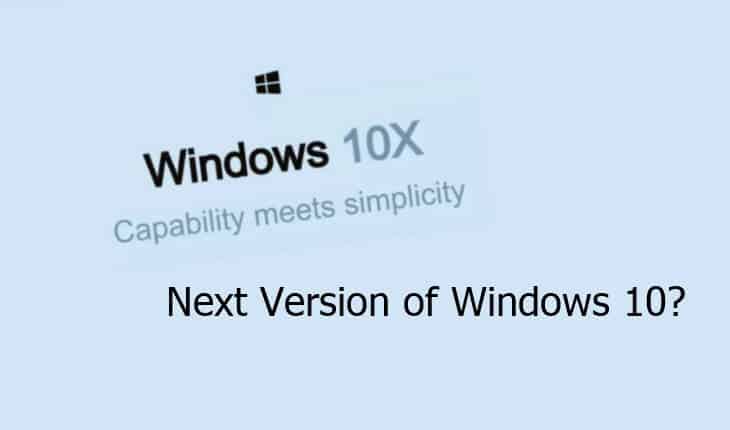 Back in early October 2019, in a hardware-related (Surface) event, Microsoft announced that there will be a “streamline version” of Windows 10 specifically designed for dual-screens devices which they called Windows X.

Fast forward to this week. Microsoft publicly published a Windows 10X emulator a couple of weeks back , and there is a lot more information on the new operating system.

What caught my eye this week, and the reason for this blog post, was the news that Microsoft is touting the following Windows 10X features:

WOW – What business would not like this or at least explore it?

Although right now Windows 10X is specifically designed for dual-screen devices (which there are not many out there), Microsoft envisions support for five separate hardware modes: laptop, book, tablet, dual tablet, and tent.

Definitely something to watch!

The core Windows 10X operating system is designed in a locked-down mode This means that only trusted apps are able to run in the operating system including Legacy Win32 apps with a “good reputation,” including those published in the new MSIX containerized mode that essentially spins up stripped down version of full Windows 10 in the background every time the user wants to run a legacy application.

Feature updates will not take as long to install as they do on Windows 10 as those feature updates are now installed in the background without requiring a reboot until the update is done. So, just like on Android and Chrome OS, when the update is ready to restart your PC, it’ll just restart like normal, and won’t take 15 minutes to finish installing before you’re back up and running.

No Need for Anti-Malware Apps

AS mentioned above, Microsoft believes that relying on signed and trusted applications is the key to to break away from anti-malware applications.

Microsoft has stated a Windows10X release date of “Holiday 2020”

There are many other details coming out which are worth keeping an eye on, including: