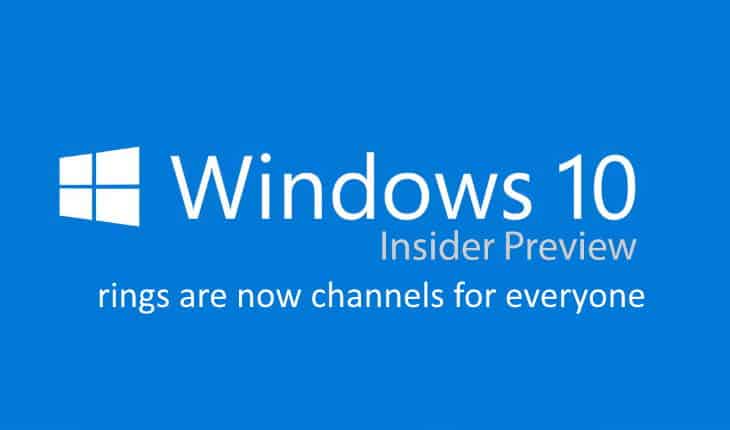 In an announcement from Microsoft last week regarding the way they release Windows and the ending of the Windows Insider Rings.

Windows Insider was an open software testing program by Microsoft that allows users who own a valid license of Windows 10 to register for pre-release builds of the operating system previously only accessible to software developers. It was launched in October 2014 for users who wanted to be able to test and contribute feedback to improve the Windows 10 experience.

The original concept was based on deployment rings some internal to Microsoft others available to willing users to test / contribute early releases —   By September 2015, over 7 million people took part in the Windows Insider Program.

They are transitioning from the existing frequency-based RING model to a channel model aligning to the Office release model.   Microsoft has stated that this change had made to focus on quality and not frequency.

For Windows Insiders, the move to channels will be easy. Microsoft will automatically move devices based on your current ring to the new channel that best corresponds with that experience as follows:

For production-based deployments, they are already in the channel model. There are currently two release channels for Windows 10:

Given the many challenges and issues Microsoft has had with their past testing of “beta” releases, it remains to be seen if this is any more than just a new re-branding will be effective effort.  We are all hopeful.