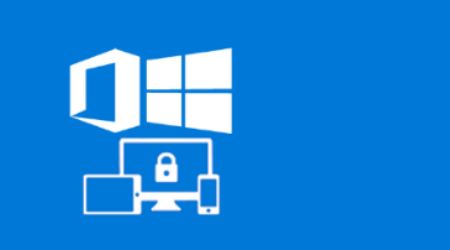 Not long ago, in August 2018, I wrote a blog post Microsoft Platform: Workspace Transformation in which I mentioned that each of the products included in the Microsoft 365 platform have already “changed and will continue to change the landscape of the way we are to manage end-user compute space”

I mentioned several products by name including:

What has surprise me the most about the last year, is the adoption speed and acceleration of the platform.

In a blog post on June 24,2019 Brad Anderson stated that the combination of System Management and Microsoft Intune are managing more than 175 million Windows, Mac, A­­ndroid, and iOS devices.

He provides further details by saying that a year ago, the number of devices managed by ConfigMgr vs. Intune-was 3 to one, but in the last few months the mix has flipped around, making note of the growth of Microsoft Intune managed devices and the popularity of Modern Device Management.

“Modern management” is a way to go about managing your endpoints—a great example of this is the perspective that using Windows Autopilot for PC provisioning is a modern approach, whereas traditional imaging is not.

He then goes on to talk about the benefits of the insights/intelligence the having that kind of scale.

Microsoft has an massive platform where it collect information, analyzes it and learns from it resulting in the bases for improvement of security and management which is one of the core benefits from modern device management.

And the story continues to evolve.