The Next 46 Billion Devices 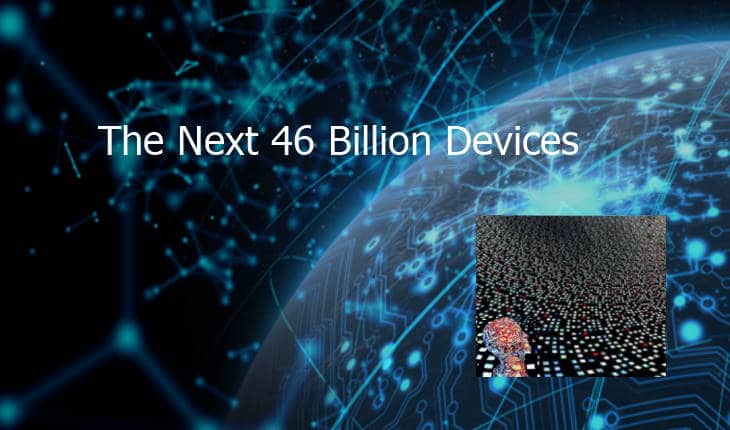 This week Microsoft’s CEO Satya Nadella provided a rare glimpse at what they are focusing on as it relates to device management:

A Strategy to manage and service 46 billion endpoints (devices including IoT sensors):

The way I look at it is Windows is the billion user install base of ours. We continue to add a couple of hundred million PCs every year, and we want to serve that in a super good way,” explained Nadella. “The thing that we also want to think about is the broader context. We don’t want to be defined by just what we achieved. We look at if there’s going to be 50 billion endpoints. Windows with its billion is good, Android with its 2 billion is good, iOS with its billion is good — but there is 46 billion more. So let’s go and look at what that 46 billion-plus 4 [billion] looks like, and define a strategy for that, and then have everything have a place under the sun.

A consolidated and standardized approach to managing these devices will be critical to maintaining up-to-date and secure environments. There is a handful of platforms or ecosystems that are competing in this space, and Microsoft has been steadily building a cloud infrastructure to support it.

Microsoft’s message has been expanding to include all kinds of devices and has been pretty consistent since the introduction of Windows 10 over the past few years:

The operating system takes a back seat, to the app model and user experience.

Should be noted that this doesn’t mean Windows is dead or that Microsoft will give up on it anytime soon, but instead it means that focus will be more towards the applications, end-user experience, and on-boarding automation.

How many devices by platform?

The numbers vary widely, but general consensus fall in the following ranges (active installed based) [ I am looking for a good source tweet me!

And that is not all! — According to some reports, it is estimated that about 127 devices are connected to the Internet every second!

Regardless of how you look at it, the device sprawl in the next few years will be incredible, and every one of those devices will need to be managed for updates and security.