Truth is a Battle of Perceptions 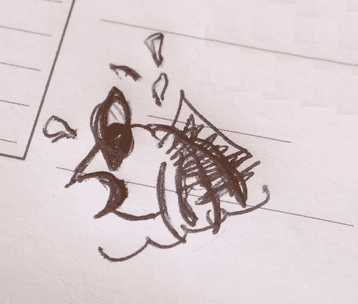 We’ve all been through it before. We’re in a meeting, or having a discussion with a client, when suddenly we feel like reality has been turned on its head. Our client insists that something happened, when we know it didn’t. Perhaps it has to do with who was supposed to handle a portion of a project, or an mismatched expectation or perhaps the tone of an email.

The truth of the matter is that because we are human, our perception can easily become reality. Each of us views the world in our own way, and if we aren’t careful, we can get bogged down in our perceptions rather than working effectively.

The battle between perceptions and reality can be found at every place where people are asked to work together. Often these differences / gaps can be overcome through one on one conversation but what about when a person fails to see the reality of the situation? It is then that the issue becomes more complicated: when people are unable or unwilling to see things from a different perspective, it can be detrimental to the company’s bottom line.

It is in these times that we need to be most careful, as the disagreement can become more important than the truth of a situation. If left unresolved, a simple discussion of facts can devolve into a power struggle, where the parties involved are more interested in winning the argument than finding reality. It is in these situations, it is essential for all parties to examine the facts in a calm and rational manner. This, of course, is easier said than done.

Often, bringing in a neutral party can help. Because the new person is not a stake holder, other parties can sometimes hear the facts more clearly. When interpersonal conflicts are taken out of the equation, people are far more likely to behave in a reasonable way.

At time, and in the most extreme of cases, some people are resistant to the facts even with outside intervention. This is definitely is one of the most challenging situations one can face.

In my line of work, it is essential everyone trusts that one has the overall best interest in mind, and can help them toward the agreed goal.  Sometimes that means delivering facts that they might not want to hear, an mediating those perceptions.